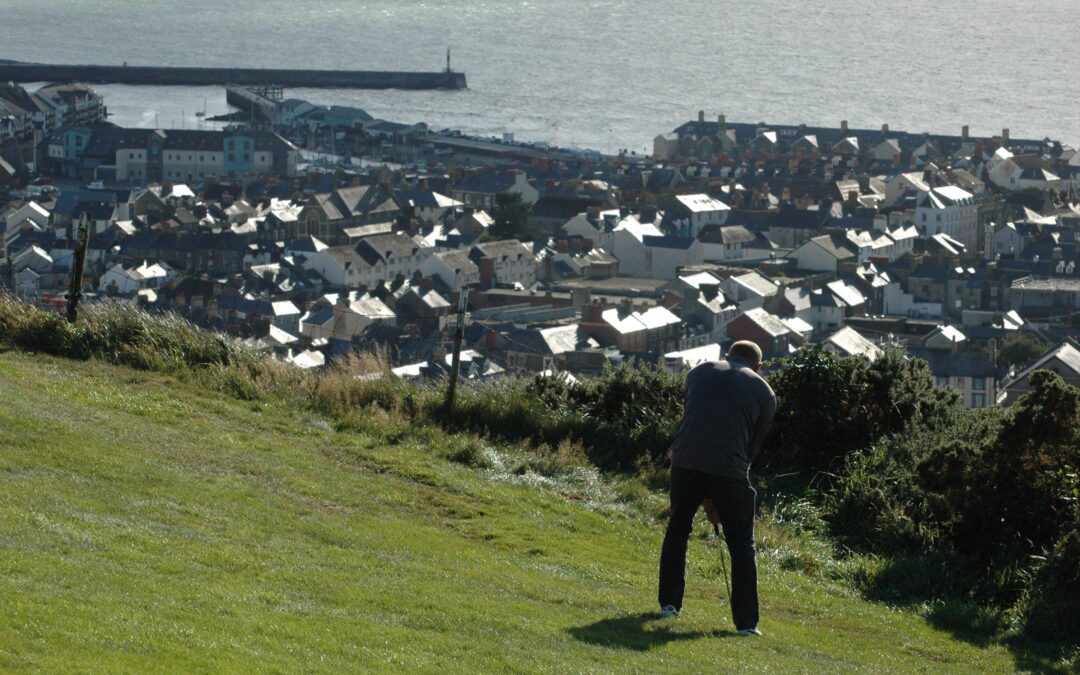 The Summer programme at the Aberystwyth Golf Club drew to a natural close with a good turnout for the Presidents’ (Terry Richards) Day Stableford . Winning was one of the several “New to Golf” members Joseph Sherwood with 39 points off a handicap of 25 with Dylan Edwards 38 off 13 second and Jeff Jones-Hughes 37 off 15 in third.

The last of the “Board” competitions the J.R.James Shield was also played during September. Two rounds played under Medal rules on consecutive days saw some good scores returned with a close finish. In the first round the veteran Aled Bebb was a surprise leader with a return of 84-14-70 leading by two from new golfer Ceri John 89-17-72. In the second round despite some inevitable mistakes, thanks to a birdie, birdie, par finish for a round of 86-14-72 to total of 142, Aled held on to his lead to win from Anthony Griffiths who after a first round of 78-2-76 came with an outstanding final round of one under for 69-2-67 for a total of 143 to unfortunately lose by one but beating Ceri John 78-17-71 (total 143) on countback.

The final three rounds of the Summer Stableford were also completed and some good returns were seen by new and established golfers.

In Summer Stableford(SS) 8 two Senior members led the way with Terry Davies 37 points off 19 beating Jeff Jones-Hughes also 37-15 on countback with Steve Hughes 37-7 third also on countback. In SS9 two new members led the way with Gruff Williams with 41 points off 20 beating Ceri John 40 off 17 and Steve Hughes 37 off 7 again third. In the last SS10 the seniors again led the way with Aled Bebb 37 points off 13 beating Alun John 36 off 16 and Nigel Southgate 35 off 12.
When the Clive Davies sponsored Summer Stableford were reviewed the top three consistent golfers turned out to be three enthusiastic newcomers. Gruff Williams took the top award from Andrew Carree a runner up with Alex James a narrow third.